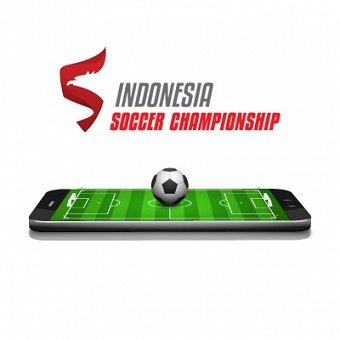 Challenge: How to create multichannel engagement to soccer enthusiasts around the country

Indonesian Soccer Championship was established by PT Gelora Trisula Semesta to fill the vacuum in the Indonesian soccer scene.  As a new nationwide soccer competition in Indonesia, ISC needed a comprehensive strategy to spread the words about their competition. They wanted to deliver the best experiences to every football fan who need to know every single piece of news about their favorite team, players, and their league. However, ISC didn’t have the platforms to provide all things about the competition. Therefore, they approached Suitmedia to tap into the passion of football fans and bring it into multichannel digital experience.

We all have known that for some people, soccer is a matter of life and death. It’s the sport that incites passion in people. We built indonesiansc.com to update soccer fanatic on newest match, news, events, photos, or any other content. ISC itself has been managing 6 leagues, including Torabika Soccer Championship, ISC-B, U-21, Soeratin Competition U-17, Presiden Cup, and Nusantara League. Thus, there’s heavy content to be delivered to the audience in one site. Designing a good website that accommodates a lot of content is a tricky balancing act to pull off. Information overload is a brick wall for website engagement that sets in very quickly – and once it does, it can be very difficult to regain visitors’ attention. We did some tricks to create this content-heavy website still engaging and effective, such as:

Those tricks have succeeded to make us create beautiful, sophisticated design without appearing cluttered. The site itself is backed up by a range of content to suit all Indonesian football fans. There’s a recent news section, which is usually updated. As more football fans turn to websites to get their news and stay up to date on their favorite players and teams, news sections provide an opportunity for easy communication with few barriers. We also optimized the site functionality by building a feature to allow users to buy match tickets straight from the site with cashless payment method to make people who want to watch the match get the ticket anywhere and anytime.

Finally, the site is fully responsive. The indonesiansc.com provides an immersive experience optimized for all screens - from desktop to mobile. We brought an intuitive search method – letting users jump straight to the info they need. The site has been successfully drawn a lot of attention from football fans. This is a site that many football fans could spend hours browsing around and never get bored.

Recognizing the explosive popularity of online fantasy sports, we set out to develop an online fantasy football league experience to ISC audience. In this web application, people are able to create their own dream teams by choosing the best players from the competition. There has been just one catch though: they had budget to be considered. The users will earn points based on their players' real-life performances. This app has led traffic to indonesiansc.com and is successful in adding like number to ISC social media. During season 2016, we had more than 100K active players, from more than 1 Million visits and more than 6 Million pageviews.

We indulge football fans by creating a mobile app called TSC (Torabika Soccer Championship) Match Centre, which can be used on android and iOS. It’s a must-have app for every ISC fan, because it delivers a simple and easy journey to access match schedules and news update at their fingertips. You can get the news on all of your teams with a few easy taps. The app shows all of players and club stats, so you don’t have to worry about missing a game. The design is clean, easy to navigate, and free from clutter. During season 2016, the apps was successfully installed by more than 190K users, used more than 2.7 Million times, with more than 47 Million screen views.

To increase awareness and connect personally with the audience, ISC and Suitmedia has been delivering engaging content through their Facebook, Instagram, and Twitter. We are providing live tweet to give a real time information about the match to football enthusiast around the country. The content itself has several themes that appealing to football fans, such as player stats, Indonesian football legend, and players profile to bring the players closer to the audience. During season 2016, we successfully gained more than 21K new Facebook fans, 26K new Twitter followers, and 133K new Instagram followers.