A comprehensive approach to enhance brand awareness like no other 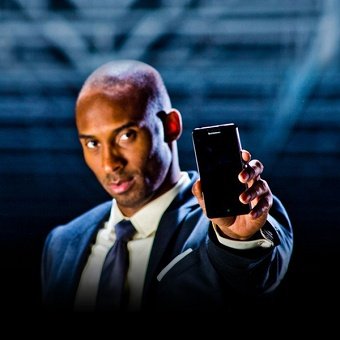 Challenge: How to both promote the Lenovo k900 launch and boost Lenovo’s brand awareness

We have known that Lenovo is one of the world's leading PC & mobile devices, and it has been growing its name in Southeast Asia, including Indonesia. At that time, Lenovo Indonesia was going to launch its K900 smartphone in a multi-market Asian campaign fronted by NBA superstar Kobe Bryant called ‘The Everyday Kobe Challenge’. To develop and implement this campaign in Indonesia, they approached Suitmedia to create an effective platform for the brand and boost up the awareness of their new smartphone and Lenovo’s general brand presence.

Solution: A Facebook app with perfect interface and outstanding UX that are able to enhance Lenovo’s brand image

The big idea, based around Bryant’s reputation for dramatic 3-pointers, is a simple one – shoot hoops the Kobe way and win a smartphone. This campaign challenged people to produce an original and creative jump shot, either from the basketball court or from their daily life activities.

This idea was accommodated by Suitmedia through the creation of a Facebook app that was enabling consumers to submit their own jump shot videos and vote for their favorites. We designed the Facebook App carefully to make the user flow right – build one that matches user’s needs, in order to make a pleasurable experience for every participant to follow the instruction and shows their videos seamlessly. We also succeed to make a good looking interface that is aligned with Lenovo’s Brand Identity and accelerates Lenovo’s transformation towards a younger, consumption-based image.  This campaign has also succeeded to increase Lenovo’s social media fans amount in large numbers.